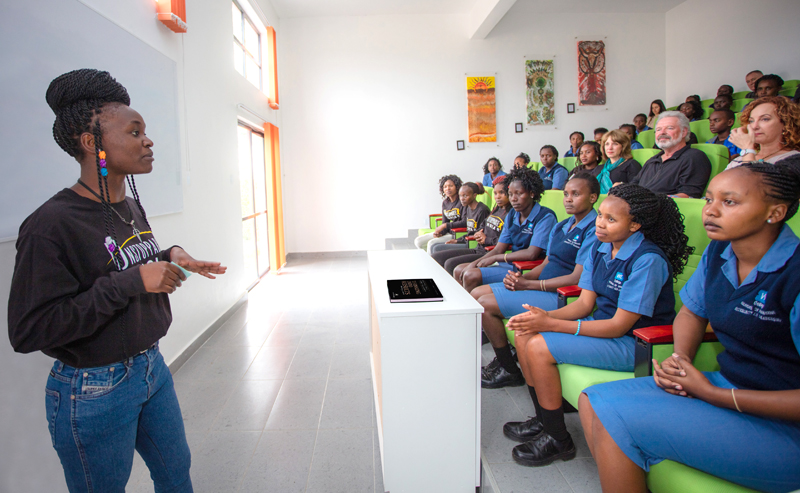 Creating transformational change is at the heart of everything we do at the Unstoppable Foundation, from the vibrant men, woman and children of our Unstoppable communities to our generous donors whose support makes it all possible.

Communities are composed of individuals who may share many of the same basic needs and desires, but also possess their own individual goals and dreams. In our Unstoppable communities, we kick-start development through critical infrastructure projects such as schools and clean water systems. However, we also aim to transform communities sustainably – one person at a time – by growing leaders and empowering individuals to be catalysts for growth. 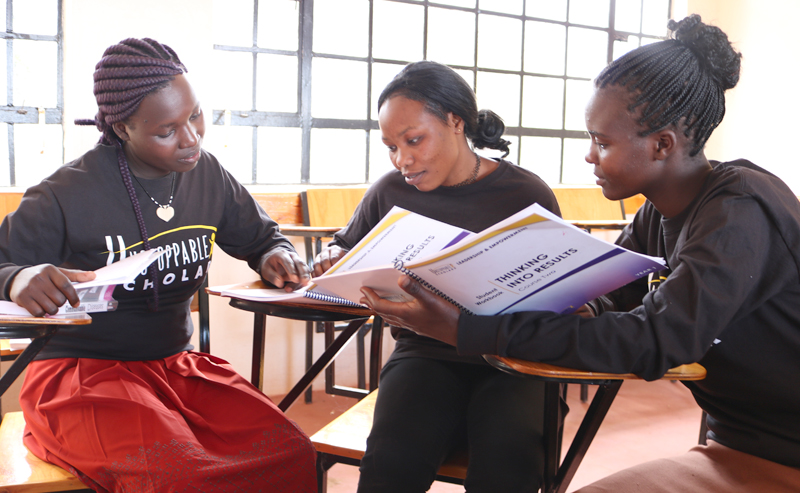 Leadership & Empowerment in the Classroom

One of our newest vehicles for this growth is our Unstoppable Leadership Academy (ULA) – a powerful two-year certificate program where students learn to develop the leadership skills necessary to empower them to achieve their full potential as leaders in their families, communities and the world at large. Comprised of six modules, the ULA includes experiential practice, peer-to-peer engagement and community outreach.

The ULA was developed by Cynthia Kersey, founder of the Unstoppable Foundation, in partnership with some of the top minds in leadership and personal development (Bob Proctor, Jack Canfield… the list goes on!). Part of the core curriculum undertaken by all of our Unstoppable Scholars at WE College, the ULA is completed alongside their diplomas in their chosen subject area. A year after the program’s launch, 39 students in the college’s School of Nursing and School of Tourism and Hospitality have completed the first three courses in the program: Foundations for Success, Thinking into Results and Success Principles. 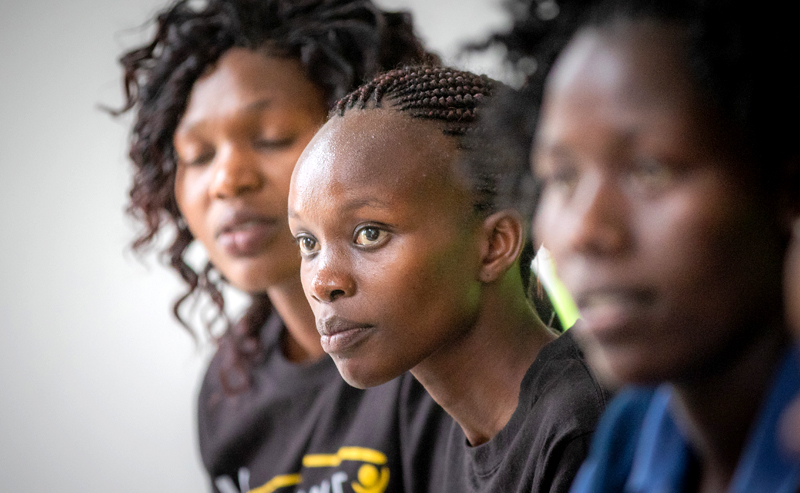 ULA students are empowered to reach their full potential

A robust program evaluation has been put into place for the ULA, which includes ongoing assessment of the curriculum’s effectiveness and cultural relevance, as well as the quality of implementation. Some of the scholars shared their experiences with us during our recent trip to Kenya in June.

“‘A great moment in leadership is when you are able to change the world in your own small or big beautiful ways,” said Richard Milbei, Leadership and Empowerment instructor. “We are given a chance daily to empower and transform others to become who they never thought they could ever be.”

Betty, a nursing student, spoke about her painful shyness; as a young woman in her village, she was not accustomed to feeling like anything she might say had value. She recalled that when she began the ULA, she could barely face introducing herself to the class. The idea of actively participating and critically reflecting aloud on the course material, as learners are expected to do, filled her with terror. Her classmates nodded in recollection as she described how she spoke in a near-whisper, eyes cast down on the floor. Yet, as her first year went by, she found the strength to open herself up to discussions and debates. It’s difficult to imagine the now confident, buoyant young woman had ever doubted her voice, since now, as she joked, “now no one can get me to stop talking!” 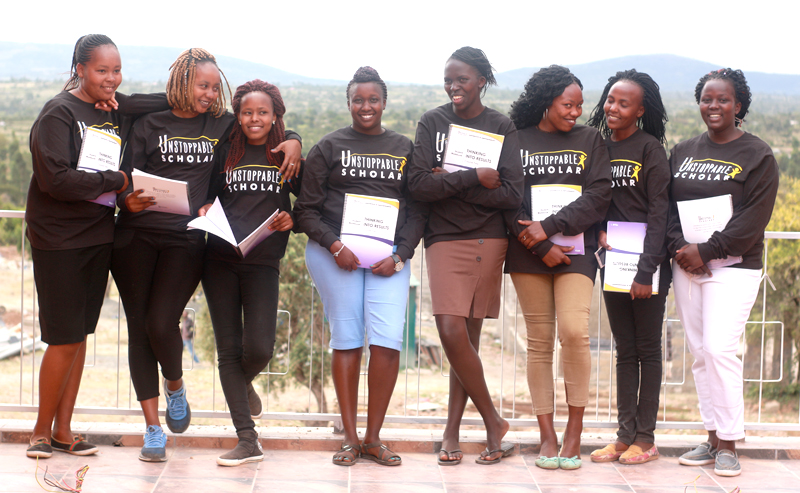 In discussing with students what skills they found to be most valuable in the ULA, many were in agreement. The ability to recognize the value of feedback and use it effectively generated a lively discussion about how the students were able to practice delivering and responding to feedback during class sessions and in their daily lives. Students also discussed their responsibilities as role models in their communities, and shared how much they enjoyed expanding their leadership skills through the community outreach activities they organized in local high schools.

These students will also have the opportunity to share their experience of the ULA with the new Unstoppable Scholars who have just matriculated at WE College. 60 students studying agriculture, mechanics, as well as a second cohort of students studying tourism and hospitality have just arrived at the college and attended their first ULA session in early July.

Leadership & Empowerment in the Community

We are also thrilled to be looking outside the walls of WE College to bring leadership and empowerment opportunities to local communities. With the assistance of our team in Kenya, and in consultation with community members, we have adapted the first course from the ULA, Foundations for Success, to the local context of the nearby community in Laila. Course materials have been translated into the local language, Maa, and customized to meet the needs of an audience with mixed literacy rates. The course will cover a variety of topics in which the community has expressed interest, including: 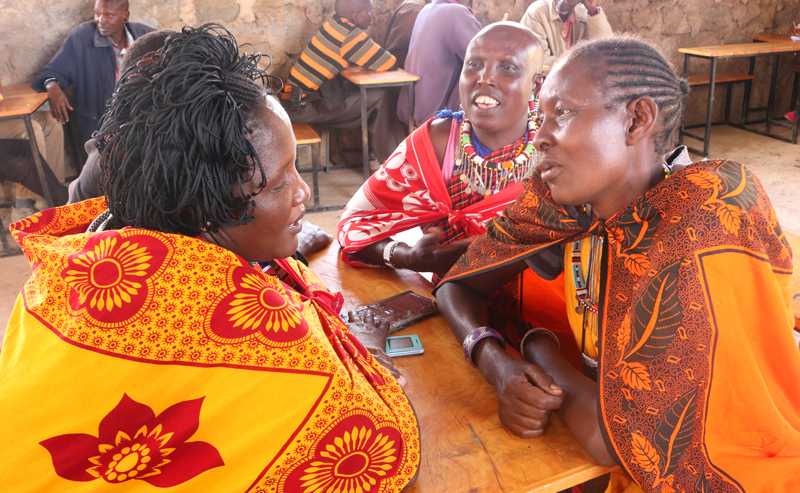 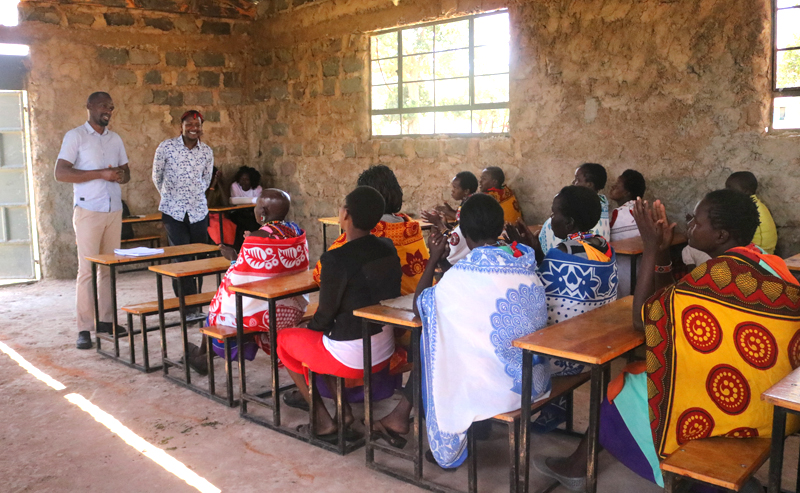 The course began in early May and enrolled 45 community members. To allow community members to attend to their domestic needs, sessions are held every three weeks in the newly-completed Unstoppable Community Center. We could not be more excited to track the progress of the course this year and witness how community members apply their training to promote ongoing community development