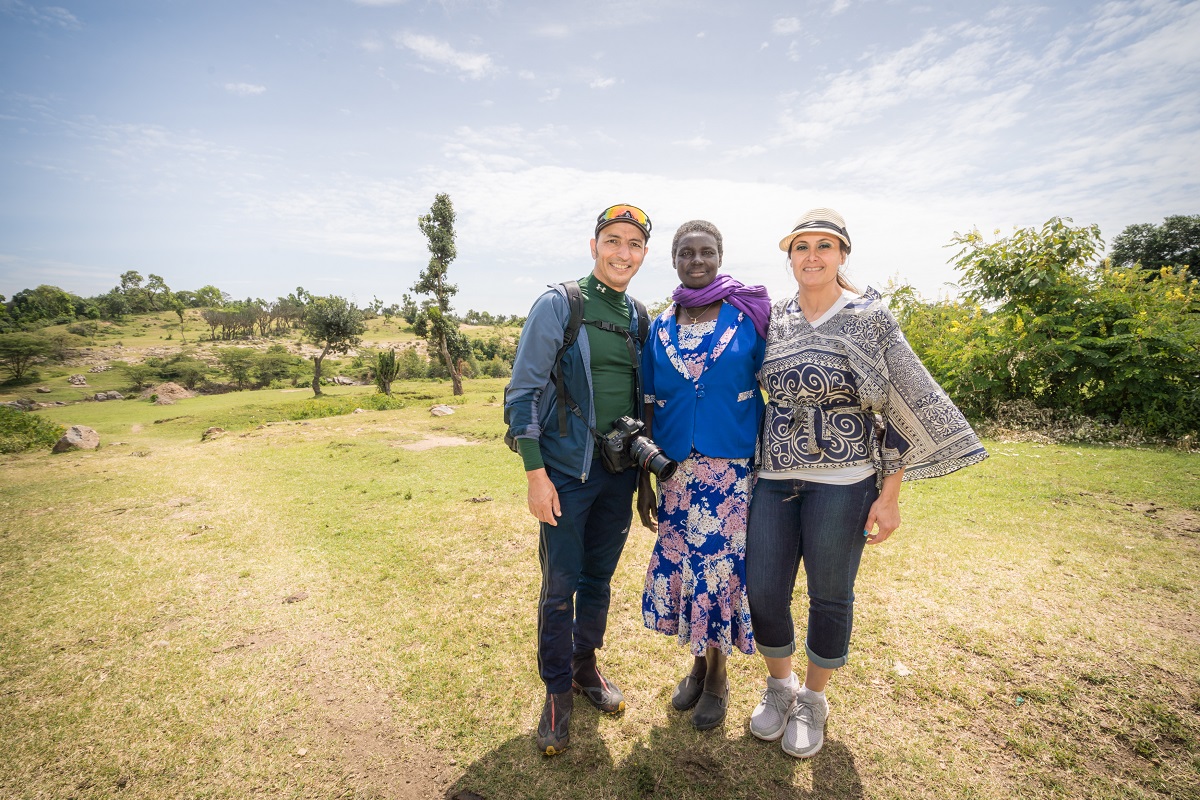 Growing up in Iran during the Iran-Iraq War, Peymaneh Mokhtar Rothstein witnessed immeasurable devastation. The adversity she experienced as a child propelled her to dedicate her life to protecting and nurturing children. The stars seemed to align when years later she met Cynthia Kersey, Founder of the Unstoppable Foundation, who made an introduction for Peymaneh which would result in a contract to open her very first childcare center, Precious Time.

Now, nearly two decades later, Precious Time is thriving – delivering innovative childcare services for working parents. In addition to providing children with a safe place to grow and develop through these centers, Peymaneh also dedicates her time to a cause close to her heart – empowering children in the Maasai Mara region of Kenya through her support of the Unstoppable Foundation.

“I’ve given to other nonprofits,” said Peymaneh. “But this is the first and only organization that we’ve supported that I know every person who gives is directly affecting a child’s life.” 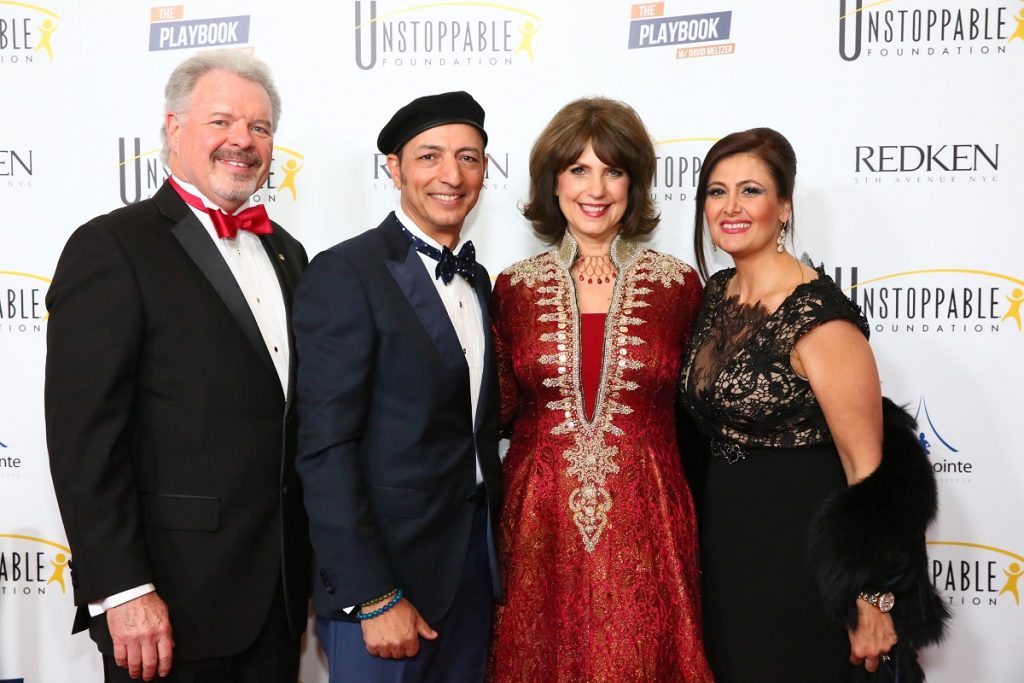 Peymaneh, along with her partner Emad Asfoury – prolific writer, cinematographer and director (Duality, Dirty Bomb) – joined other donors and the Unstoppable Foundation team on a trip to Kenya last summer to visit the communities their support is directly impacting.

“Traveling to Kenya created a renewed sense of urgency for us and a desire to do even more,” said Emad. “I often hear people say that giving and receiving are the same energy, and we have found this to be completely true. By opening up that portal to giving, we have received love, connection, friendship and partnerships.”

Peymaneh and Emad recently furthered their commitment by becoming founding members of the Foundation’s Heroes Club – a special group  of individuals who have made a long-term commitment to transforming the lives of children and their families through education and access to clean water, healthcare, nutritious food and income training. 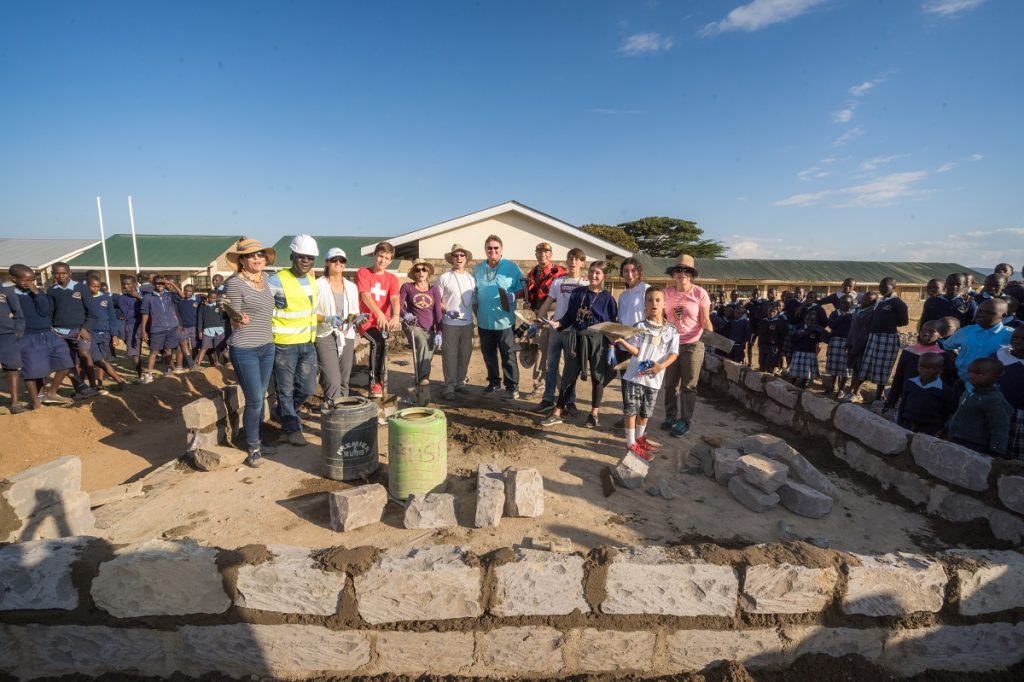 Peymaneh, Emad and other donors build a new school in the Unstoppable community of Olmuseregi, Kenya.

“I had always dreamed of building a school,” said Peymaneh, reflecting on her experience in Kenya. “So the fact that I was able to help physically build a school, knowing that the same children I met in that community would learn in those classrooms was such an honor. I am proud to be able to show my own children what we are doing for our future leaders and that it’s important to spread the love no matter where you are in the world.“

For Peymaneh and Emad, the connection to the Unstoppable Foundation, and the network of friends and connections they’ve made as a result has been invaluable. It has also sparked some their latest creative endeavors.

Emad is currently working on a project called The United States of Israel, a film about the road map to peace between the Israelis and the Palestinians, which in turn will promote world peace. Peymaneh is set to publish a children’s book later this year. “Attitude of Gratitude” encourages positive conversations between parents and children.

To learn how you can join Peymaneh and Emad as part of the Heroes Club, contact Rachelle Fender. 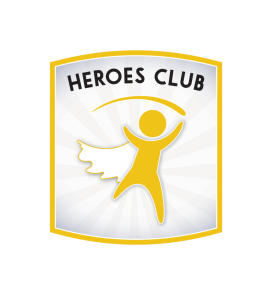