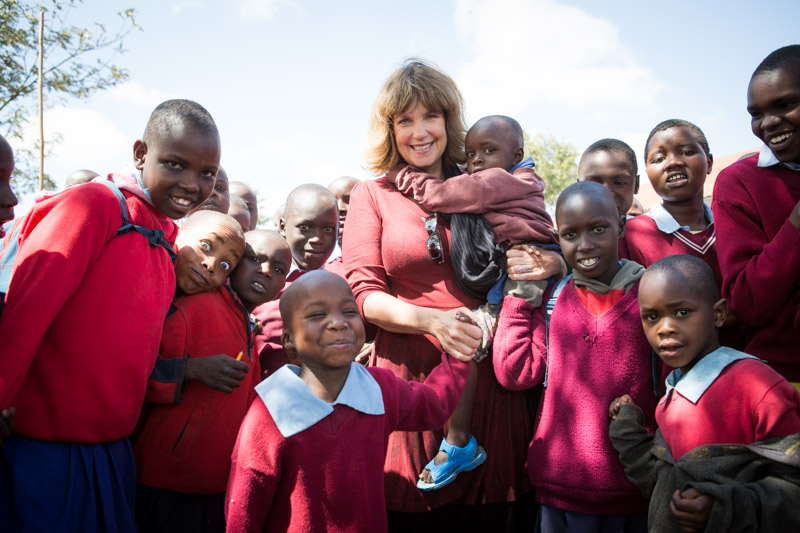 20 Nov How an ice bucket moved me into action

Last August, I returned home from Kenya after visiting with many of the 6,500 children we are supporting to receive a daily education as well as access to clean water, sanitation, healthcare, and nutritious food for the entire community.   After seeing firsthand the transformation that was happening in these children’s lives, I came home with a heightened sense of urgency to speed up our ability to impact even more children and their communities.

At the same time, I started hearing about the Ice Bucket Challenge on Facebook.  My initial response was, “I hope I don’t get personally challenged because the last thing that I want is to get a bucket of ice-water dumped over my head!”

But as the weeks passed, I started to become enthralled by what was happening on Facebook and the amount of money that was being raised for ALS.

I got so engaged that literally the first thing I did every morning was to go online and see how much had been raised thus far.  And then I’d call my friend and colleague and we’d talk about this phenomenon that was happening.

The success of this campaign was unprecedented.

I was completely blown away.  And the thing that inspired me most was witnessing what is possible when a lot of people come together for a cause and everyone does a little bit.

Prior to the Ice Bucket Challenge, the Unstoppable Foundation’s goal was to raise the money to educate the next 5,000 children in one year.  And that seemed pretty audacious considering it took us 5 years to provide an education to 5,000 children EVERY DAY in the sub-Saharan Africa.

And while that’s a great leap, we know the need in this area of the world is huge. There are millions of children waiting for an education and barely surviving a life of extreme poverty.  Uneducated children impact all of us.  When nations deny an education to all children, it is a breeding ground for terrorism, war, political unrest and global epidemics — things that put everyone at risk.

Now, we’re ready to take a big leap forward in our ability to impact even more children and their communities.

And after seeing the huge success of the Ice Bucket Challenge, I thought, “There’s absolutely no reason why our community of partners and supporters couldn’t come together and raise the money to educate 5,000 children in a fraction of the amount of time of our initial goal.”

That thought moved me into action.  I met with some of our partners who care about this mission and we brainstormed ways that people could get engaged with this mission virally that would be fun and consistent with whom we are as an Unstoppable community.

The one thing we all agreed on is that every single one of us are where we are today because of the inspiration, support or sometimes prodding, of someone in our lives who believed in us — whether it was a teacher, a supportive parent, a minister, coach or a mentor.  And how grateful we are for these individuals and the role they have played in our lives.

And yet, how often do we actually tell them that their love or support fundamentally made our lives better? We celebrate birthdays where all you have to do is not die for 365 days, and yet we go around in life with people who have significantly impacted us, and we never tell them.

This sparked our big idea – wouldn’t it be great to be able to publically acknowledge these “heroes” for the profound difference they’ve made in our lives.

And at the same time, publically pay it forward as a way of thanking them for their support by becoming a hero to a child in need.

That’s how the Unstoppable Hero Toast was born.

What I know for sure, is that if everyone does a little bit, we can solve this basic human rights issue.

As Margaret Mead so eloquently said, “Never doubt that a small group of thoughtful, committed citizens can change the world; indeed, it’s the only thing that ever has.”

Please Toast Your Hero and Become a Hero in the next 24 hours and help us collectively change the lives of 5,000 children.  www.UnstoppableHeroToast.org We also invite you to visit us on our social media sites, to watch the Hero Toast videos and get involved in the conversation.