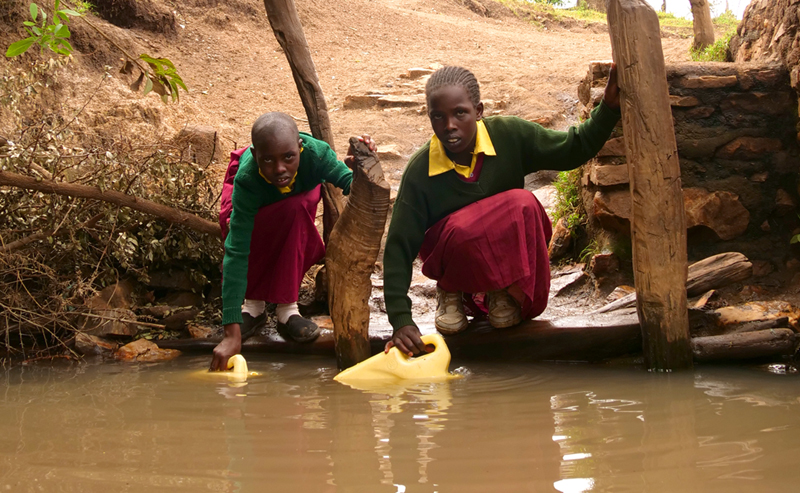 NAOMI AND MERYLINE
Naomi and Meryline are friends. They are nine years old and live in a small village in Kenya. Each day they walk nearly five miles to get water – this is time that could otherwise be spent learning in school. Starting out, their empty five-gallon containers clunk against their legs. As the worn trail winds through their homeland, they pass familiar landmarks. The Acacia thorn tree is resilient. It has endured many fires and yet stands strong. Nearby a cluster of purple orchids face the rising sun, as if to welcome the new day.

About halfway to the river, the girls see giraffes and zebras in the distance, grazing in the grassland ahead. Suddenly a herd of gazelles race by. Are they racing each other or racing away from danger? 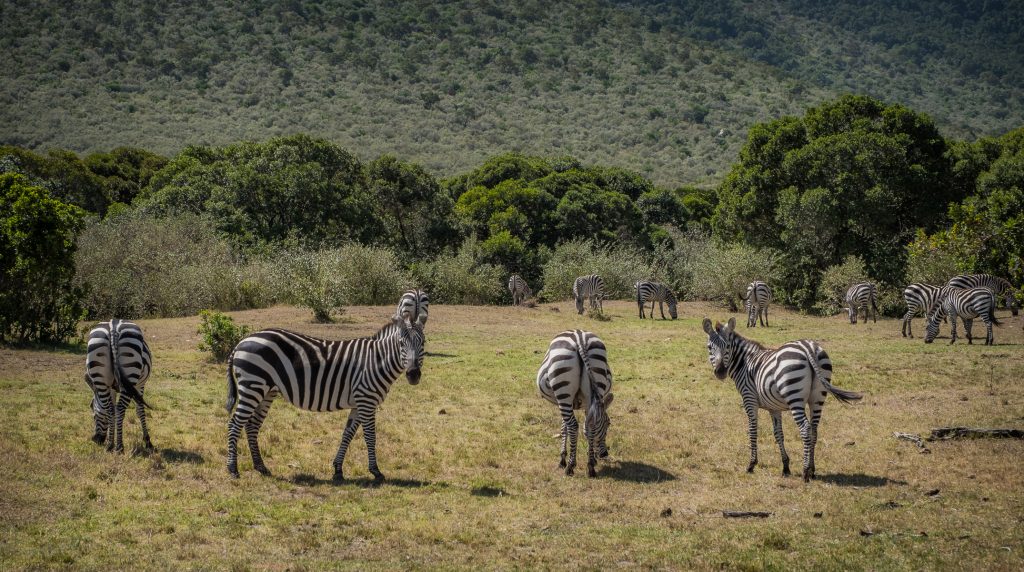 THE RIVER
After nearly two hours, the girls reach the river. They see a lot of splashing and hear older women yelling. It’s the aftermath of a hunt gone awry. A female lion has died from its wounds after drowning in the river…right where the girls draw water. Naomi and Meryline, along with several other girls, heave and pull, heave and pull, until the lion is out of the water and 30 feet away.

Naomi and Meryline aren’t sure about where to collect the day’s water. The older women point further down the river, upstream from where the lion had been. Some girls listen, others do not. Naomi and Meryline walk beyond, as the women instruct, and they can only hope that their water will be safe to drink. It’s always cloudy and brown, but they try their best to find a spot that isn’t all stirred up. 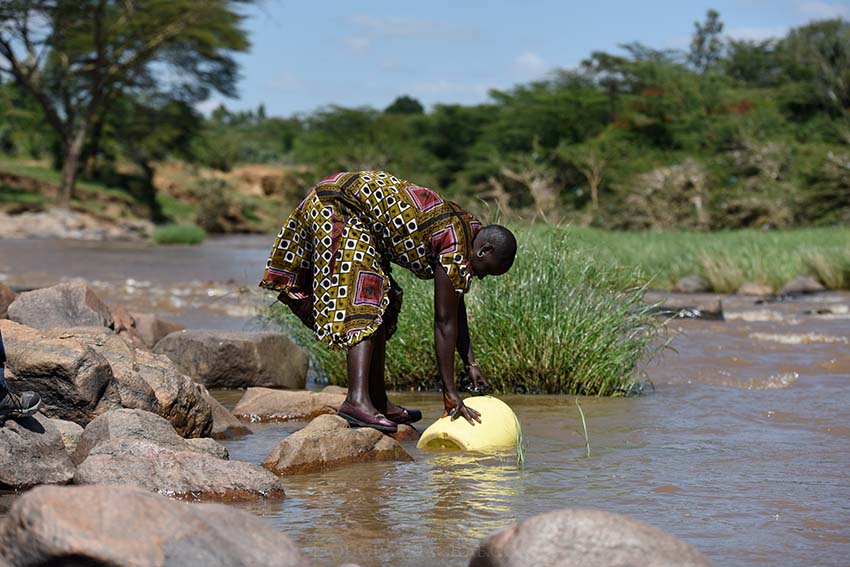 RETURNING TO THE VILLAGE
As the girls lift their filled jerrycans of water from the river—weighing about 40 pounds each—Naomi thinks of her little brother who got deathly ill from bad water less than a year ago. He could hardly even lift his arms, he was so weak.

As the girls slowly make their way back to the village, Meryline’s stomach starts to rumble and even hurt a little as she looks out at the grasslands, now gleaming golden from the sun high in the sky. Naomi wishes she could run like the gazelle, to accomplish this important work faster. The girls tell stories to each other to help time pass as their bare feet find their footing on the uneven trail. 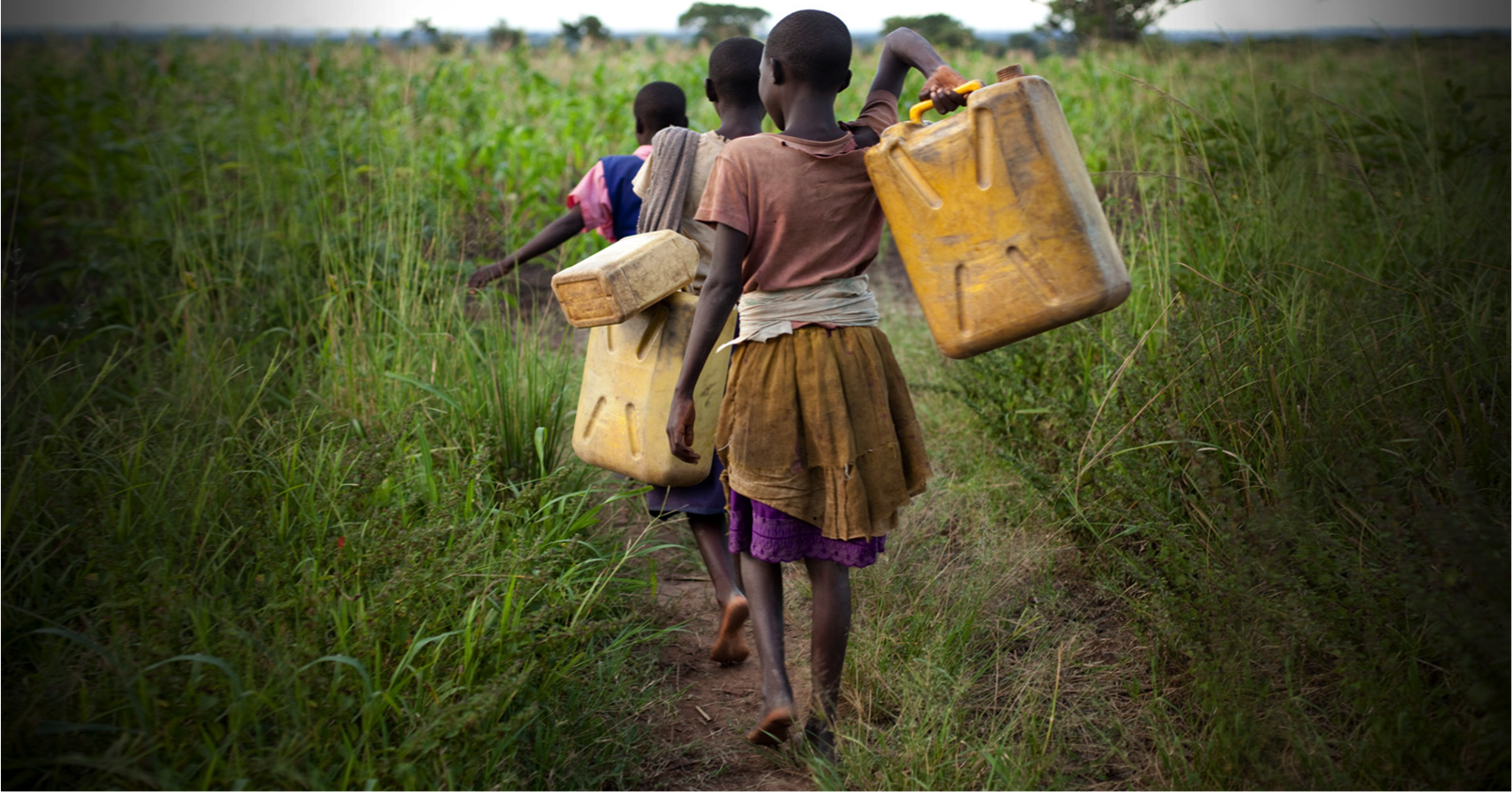 This is what life is like for many girls in Kenya. From start to finish, four hours or more of each day is consumed by this task, important as it is, of providing water for their families.

WHAT IF?
Imagine what could happen if… their village drilled a well.
And instead of gathering water, Naomi and Meryline attended school?
They would be…Unstoppable! 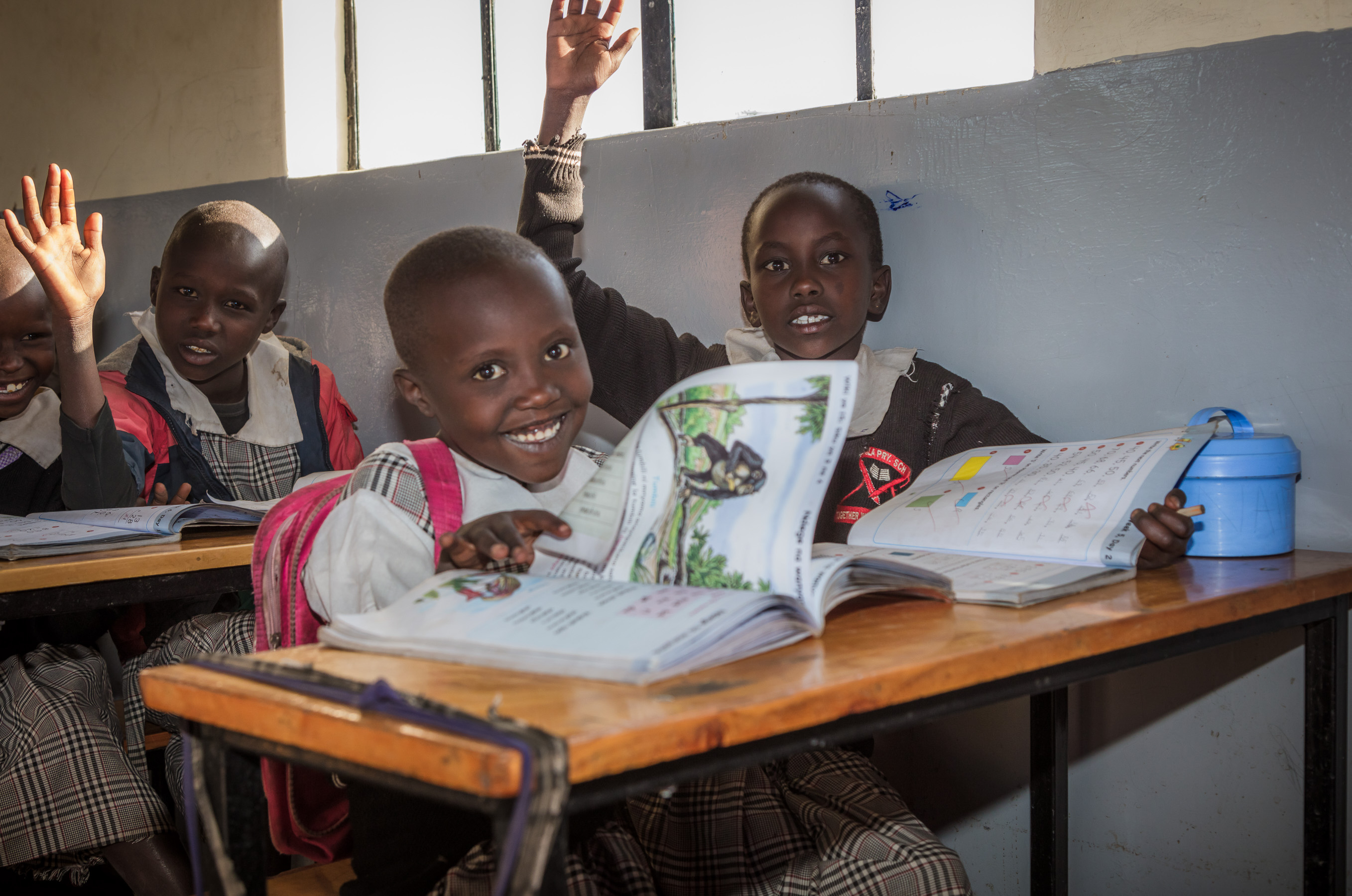 Learn more about the 5-Pillar model and how it helps young girls like Noami and Meryline reach their full potential.