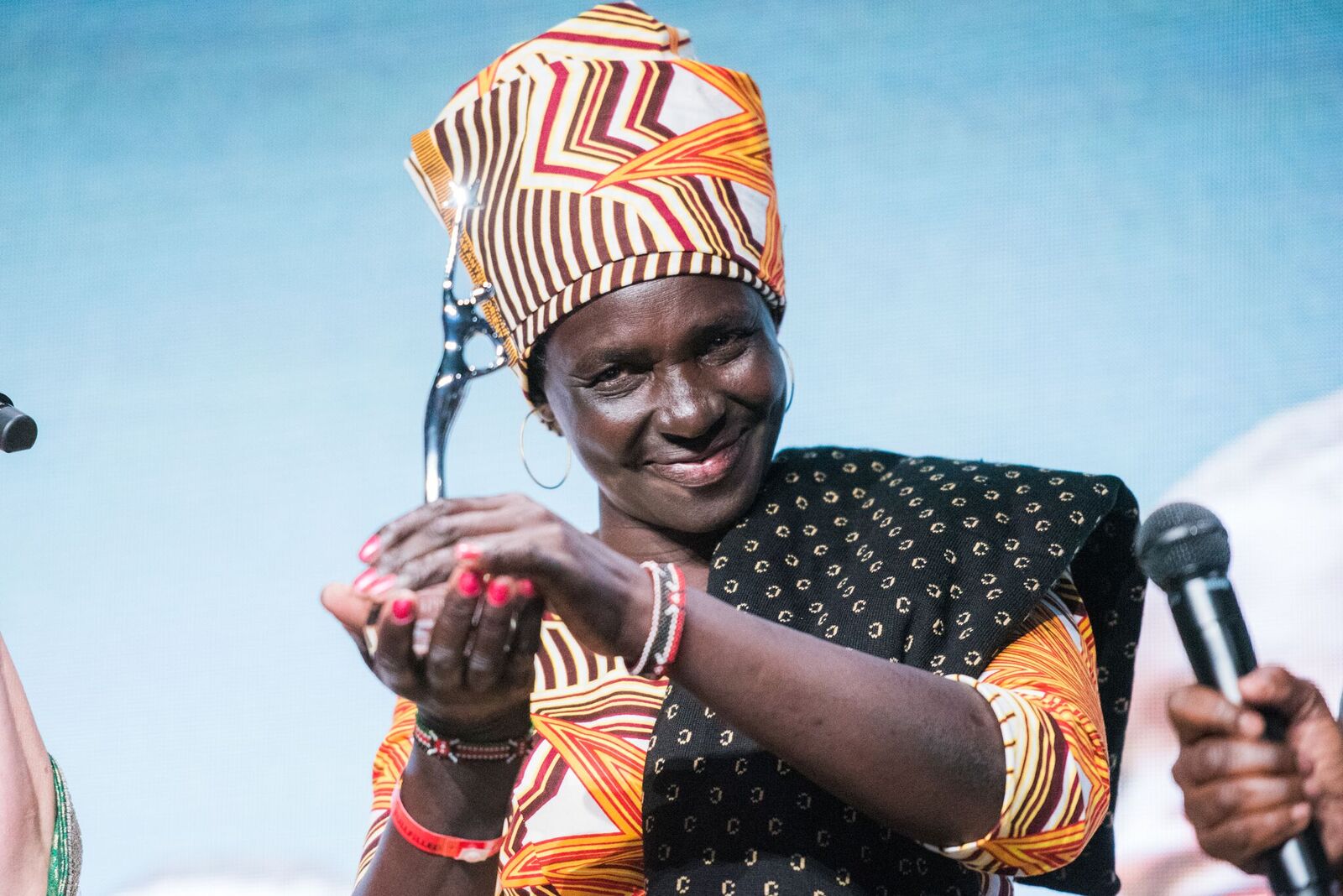 Like most girls in Kenya, as soon as she could walk she hauled water several times a day for her mother, father and seven siblings. Destined to lead the same life of poverty as her parents and grandparents before her, Jane was pulled from school in the 3rd grade. It wasn’t important for girls to get an education, only boys.

In time, Jane got married and had 5 children and the dream of an education continued except now her dream was for her children.

Life in the village was hard. There wasn’t enough food. The water was polluted. Children were dying. But Mama Jane never gave up. Her life changed forever when WE Charity and the Unstoppable Foundation came to her village. Jane knew she had met the partners who would help her dream become a reality.

Together, they galvanized the community and built their first school.

Walking her five children to their first day of school was the happiest day of her life. Her children would now read and write and create a different life for themselves than the one she had.

Through the Unstoppable Foundation’s Sponsor A Village 5-Pillar model, the community of Emori Joi got a well for clean water, access to health care, an organic garden and income-training programs for parents. Jane learned to start her own beekeeping business. Soon, her women’s group of 12 expanded to nearly 600 and she was voted the leader of the group.

Mama Jane’s vision was that every single woman would earn an income so that they wouldn’t be dependent on their husbands to survive. That dream has become a reality and so much more!